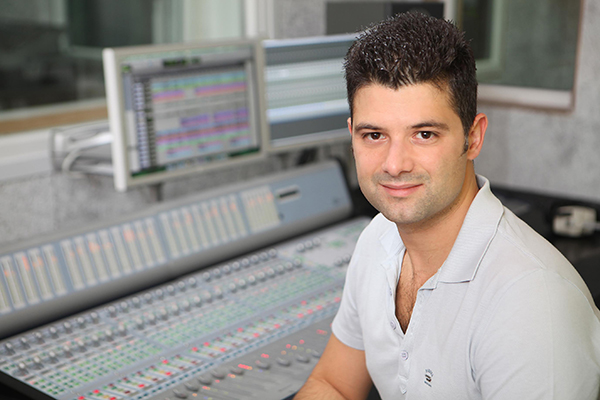 Music has always played an important role in his life. Aris started music at an early age. He is a professionally trained saxophone player and is also a competent electric organ and piano player.

He has three degrees in music and education: BMus in Music (Bachelor Degree) from Goldsmiths College University of London, MSc in Music Information Technology from City University London and a Postgraduate Certificate in Education (PGCE) in the post Compulsory sector from Institute of Education University of London. He is also an Apple Certified Trainer for Apple Logic 7 and 8.

Apart from working as a freelance Saxophone player, Aris worked as a private saxophone tutor, music theory teacher as well as a music producer on his own music and for other artists.He also worked as a sound engineer at his own and other studios in London.

He worked for Music/Digital Village at its head office, as a pro audio sales advisor. He also acted as the company’s main Music Technology trainer, teaching music technology to teachers and students, at schools, colleges and universities all over the country.
He was the company’s Apple expert as well as the SSL, Motu and Avid / Digidesign specialist.
At his spare time, he continued working at his studio, on his band album and also taking on mixing and mastering work for other artists.

In 2009 he worked as music/music technology lecturer at Newham College in London.